BFT has made a very substantial donation of £100,000 to support research into the development of a new pathway of delivering drugs to the brain.  Convection-Enhanced Delivery (CED) uses a series of micro-catheters to allow drugs to be slowly infused directly into the treatment area. This novel method bypasses the body’s natural defence mechanism known as the blood brain barrier, which has made it very difficult to deliver treatments effectively in the past.  Clinical trials are being commissioned to prove CED’s efficacy in the treatment of a host of serious neurological disorders ranging from Parkinson’s Disease and brain tumours to motor neurone disease, Alzheimer’s and Huntington’s.

This donation was made to reflect and honour the life and work of Bhavna Emery-Jones, Chai’s sister, who passed away from brain cancer in 2017.

Having been diagnosed with glioblastoma in September 2013 Bhavna became an ambassador for the Brain Tumour Charity. Over the next four years she tirelessly fundraised thousands of pounds for the charity and helped to spread awareness of the disease. Bhavna had spent over 20 years working in the care sector, ultimately founding her own health and social care consultancy, BJ & Associates Ltd. She also held director roles at HC-One, Priory Group and Bupa and prior to that had trained as a radiotherapy radiographer.  She was a wonderful mother, sister and wife – a person much loved and cherished by her family whose courage in facing her illness was inspirational.

“My sister Bhavna displayed strength and determination right until the end of her life, helping to raise large amounts of money for charity on the way. It is in tribute to her memory, selflessness and work that Bright Future Trust has been a passionate supporter of Neuro CED.” 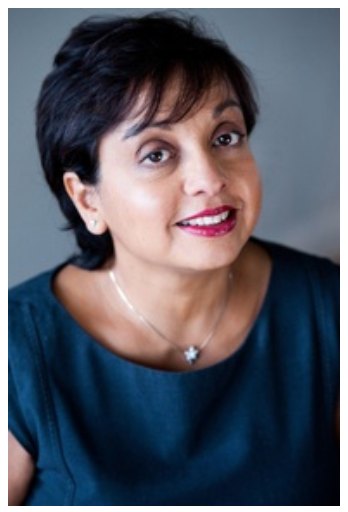